Scrutinising The Draft Finance Bill 2019, Before It Affects You

What is the government proposing, exactly, for Making Tax Digital (MTD)? We’ve known for a while that it’s coming, and that it will affect how we declare tax over the coming years. April 2019 is still the start date for anyone beyond the VAT threshold. And finally, we have a Draft Finance Bill: 226 pages of tax law that reveal the nuts and bolts of the scheme.

To find some answers, GoSimpleTax have looked long and hard at this legislation. Two things in particular stand out: the penalty system and rent-a-room relief…

How MTD penalties will work

A digital tax portal will make it easier for HMRC to process and store your data, but it also asks us to meet a quarterly submission cycle, starting in April 2019 with VAT-registered businesses with a turnover of more than £85,000. Those who miss it are in line for a penalty. According to the Draft Bill, this will be measured using a point system. When you gain too many, a fine and/or investigation will be issued. The exact amount, for now, is unclear. It may change with successive governments as time goes by.

There are, however, exceptions to the rule. Points won’t be given if HMRC’s software crashes minutes before a deadline, for instance, or if the same happens to the taxpayer’s phone, tablet or computer. It’s at HMRC’s discretion, and appeals can also be submitted for consideration. What we don’t know quite yet is whether tax professionals acting on behalf of their clients can make an appeal.

Points won’t last forever either. Users who remedy their activity and fulfil their obligations when they’re due will have them wiped from their online tax profile.

Tax relief for spare room rental will be harder to get

Upon reading the 2019 Draft Finance Bill, it seems that the government are going to crack down on who can benefit, since current definitions are too lax. There’s a misassumption that a property owner can be absent for months at a time (as in, for example, a holiday home) whilst letting out a room and acquiring the tax break.

This isn’t so. Next April will see taxpayers forced to prove they live in the domicile for most or the whole of the year. Thousands of renters will miss out unless they can do this.

Remember that the Bill is still in its infancy. Consultations are taking place until the 31st August. Whatever the outcome – both in April 2019 and the decade to follow – it’s worth getting a handle on your MTD affairs. That’s achievable with GoSimpleTax, the mobile software that monitors what you owe and where the evidence lines up. HMRC has granted its approval. Try GoSimpleTax for 14 days, free of charge, and prepare for the incoming transformation. 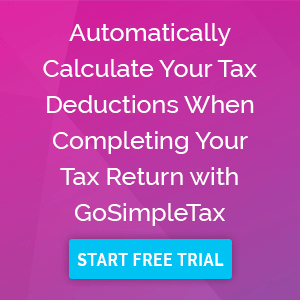 Popular Articles
1. How to spot a fake HMRC letter 2. How Far Back Does A Tax Investigation Go? 3. Do I need an accountant to do my tax return? 4. Tax Guidance For Airbnb Hosts 5. What Is An SA302 And How Do I Get One?